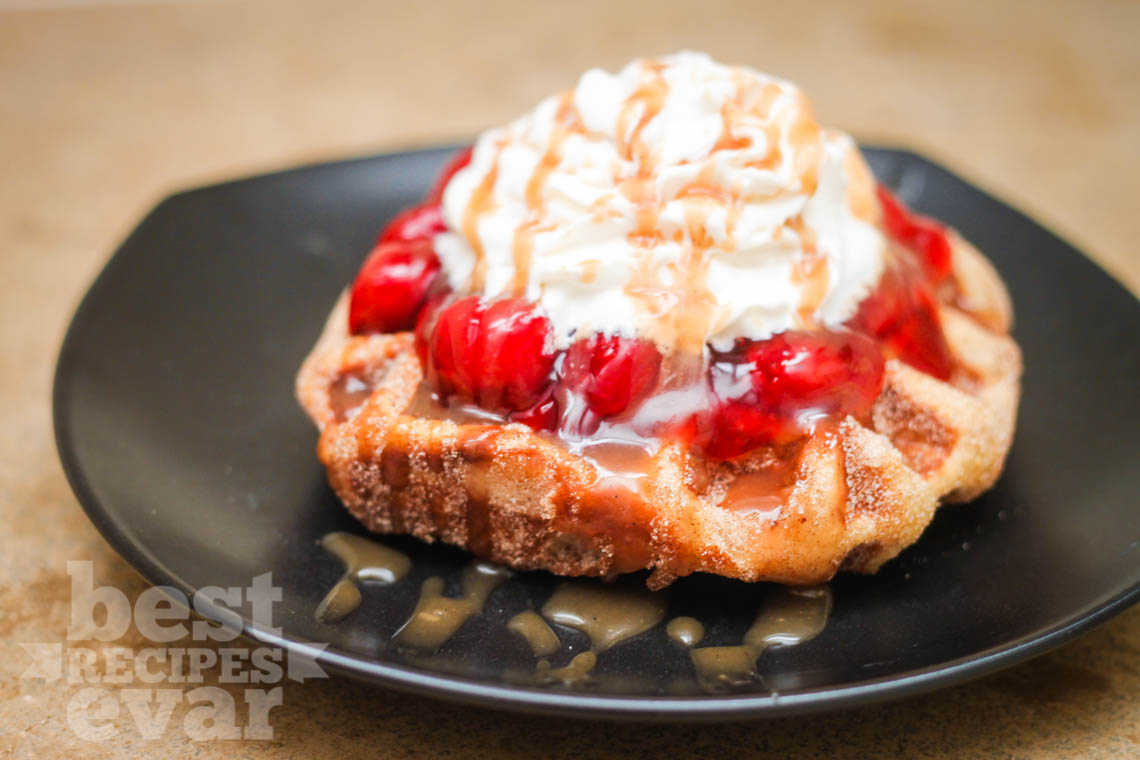 I don’t know if any of you have had a real Belgian waffle aka liege waffle. If you haven’t you are totally missing out! The first time I had ever heard of these was on an old Rachel Ray Show called $40 a Day. She would travel to places and see if she could survive on $40 in one day including food and events etc. On this particular episode she was in Brussles, Belgium and for breakfast she stopped by a street vendor selling these awesome looking waffles. She explained it as being a totally different type of waffle that was not like our breakfast waffles, even the supposed Belgian waffles made at breakfast restaurants aren’t real Belgian waffles. 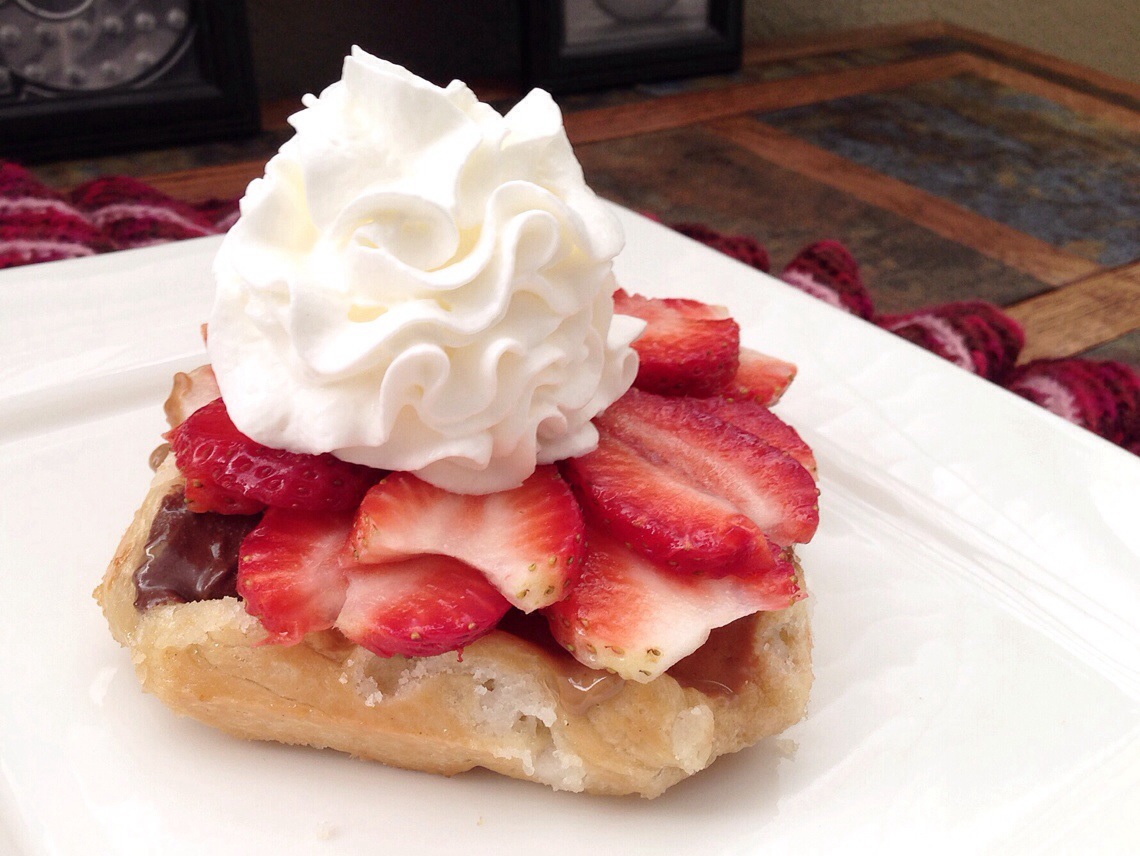 Real Belgian waffles are actually made with a yeast dough similar to a brioche dough (a sweeter, more rich dough made with eggs and butter), and have an added ingredient that makes the waffle crunchy and sweet. That ingredient is Belgian pearl sugar. Belgian pearl sugar is a type of sugar that comes in “clumps” and caramelizes on and in the waffles that gives it its signature flavor. This is what separates the man waffles from the boy waffles. On a side note don’t get Swedish pearl sugar, it has smaller pearls and won’t work in these waffles. I found that The Waffle Cabin has the best price for pearl sugar, even better deal than any you would find on Amazon. 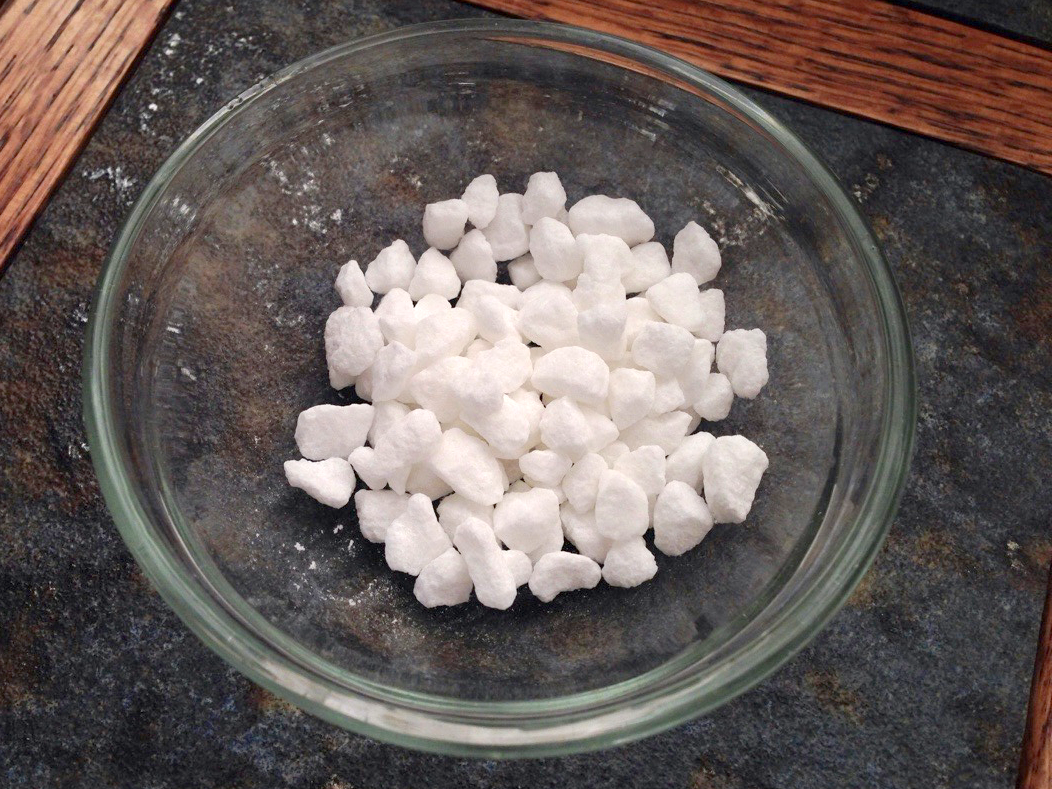 The actual first time I ever had one was about a month or so ago. I had been following a food truck in the Salt Lake area that made these waffles called Waffle Love. I thought the next time I was up there I would try and find it and get one of these liege waffles. I didn’t actually have to travel all that way. Waffle Love now has a waffle truck here in the Phoenix area and they are out by me a lot of the time. So after a little coaxing, I got my wife to come with me and get a waffle. These waffles are like crack to me. She loves them too. The second I took a bite I was in love! So good it became my obsession! 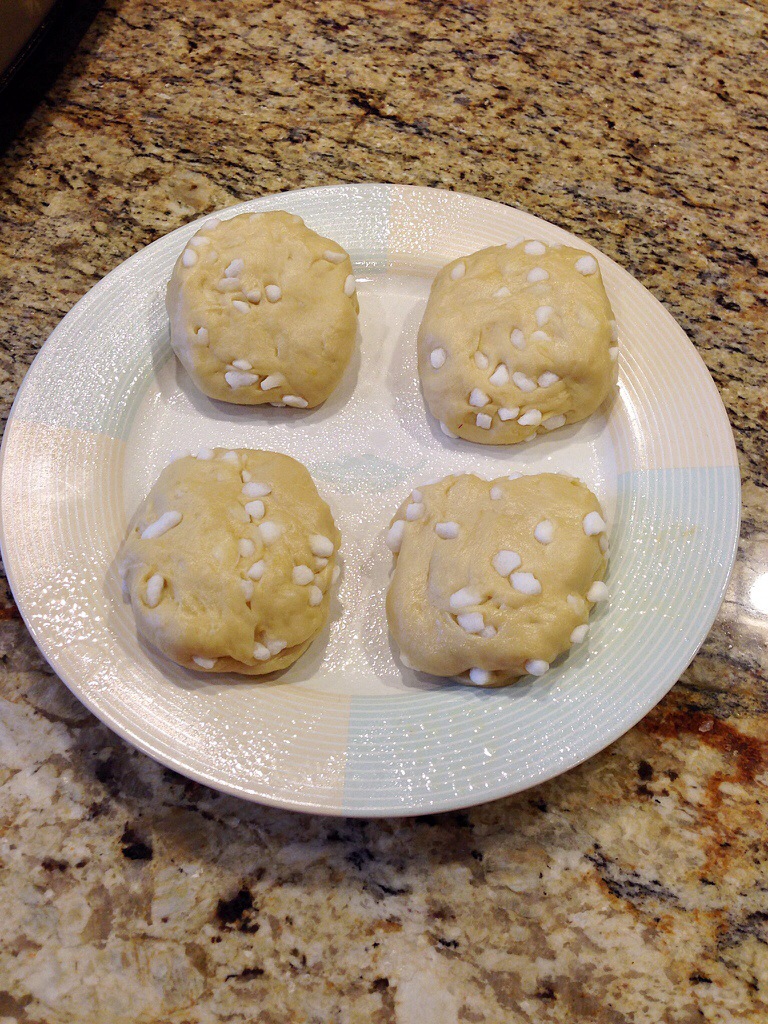 I went to Google to find a good recipe. The first recipe on Google was the only one that caught my eye. This gentleman had done his research, even going back to when liege waffles were invented and came up with his recipe after multiple experiments. This recipe is EXACTLY what you will get at the waffle trucks if you follow the recipe to a tee. The process seems very involved the first time but after that you know what to expect but one thing that you will have to understand that the dough takes about 24 hours to get to the state you want for a liege waffle dough. Due to this aspect I would recommend making a ton. I made a triple batch my first time and a quadruple batch the second time. This way I don’t have to continue to make a lot of dough. I cut it into waffle size pieces (110 grams or 3.5-4oz.) and freeze them. I can then take them out as i need and get my fill whenever I want. 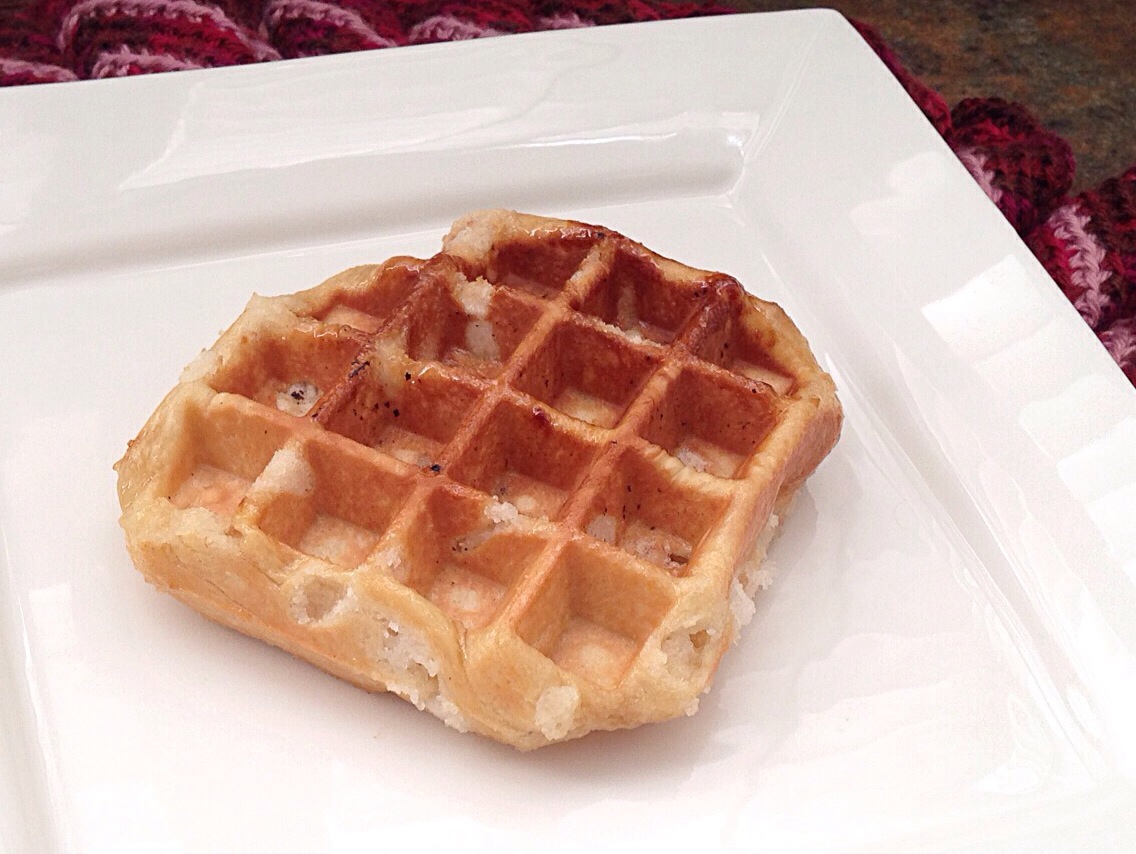 Another topic I want to touch on is toppings. We were introduced to Biscoff Spread or Cookie Butter for the first time when we had our first liege waffle at the Waffle Love truck and it was love at first taste! I can’t recommend this stuff enough. I had seen the name Biscoff on Pinterest but didn’t spend the time learning what it was. Man am I regretting that decision. Nutella is another popular addition to liege waffles but it doesn’t hold a candle to Biscoff. Strawberries and bananas are popular as well, I have seen peaches too. I also had a waffle with toasted marshmallows on top of a chocolate filled liege waffle with Biscoff, it was pretty awesome too. Oh and ice cream and caramel topping too, almost forgot about those. You can mix and match these toppings too and add your own. I want to have a waffle bar at my house soon. 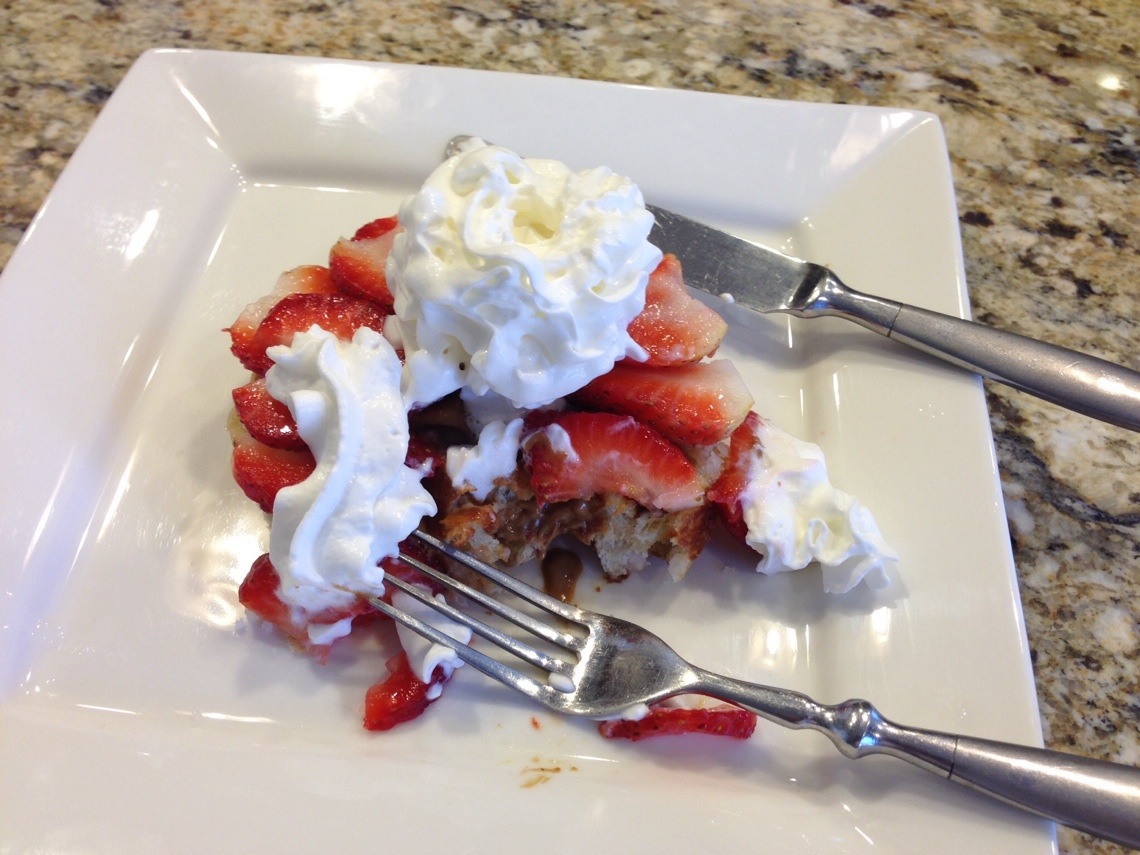 Please take the time and make these waffles, they are awesome!

Adapted from this blog
Makes 5 waffles